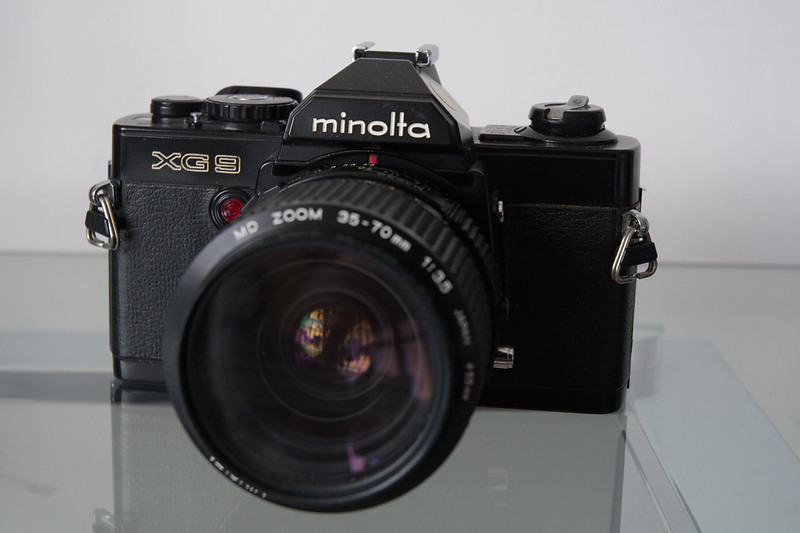 I have only used one of the Minolta XG series of cameras, the Minolta XG-M. However, it was a mixed experience as my review highlights here. I haven’t resolved the issue yet , it’s on my growing repair list. So, when another incarnation of the XG series came my way I was both excited and pleased, I was also a little apprehensive. Would the camera work properly?

The 1979 XG 9, was the third release in a line of cameras from Minolta that were firmly aimed at the enthusiast. According to the adverts put out by Minolta, one found here,

“You may never miss a shot again. Even when you’re shooting fast-moving action, everything you need to see is inside the XG-9’s extra-bright viewfinder”

Indeed the viewfinder is bright and very clear with the shutter speeds along the right hand side. There is a red LED to let you know which speed you have chosen. I have to say, it’s a real joy to look through the Minolta XG-9 viewfinder! Not only that, but the camera works🥳

On the top plate of the camera on the left you have the power switch which you can use to access a self timer and it also includes a battery check. The camera will only operate when there are two LR44’s or equivalent batteries inside.

On the right, you can see shutter speed dial where you can also set the camera to Aperture priority mode. The shutter operates steplessly. The Minolta XG-9 can operate in manual mode if you prefer, but there is no metering. Rather you have to use the camera in aperture priority mode to acquire exposure and then transfer its readings into aperure and shutter speed dial when going over to manual mode. Not brillant, but at least you can take more control if you want, sort of. This is not a problem for me as I usually use aperture priority anyway. 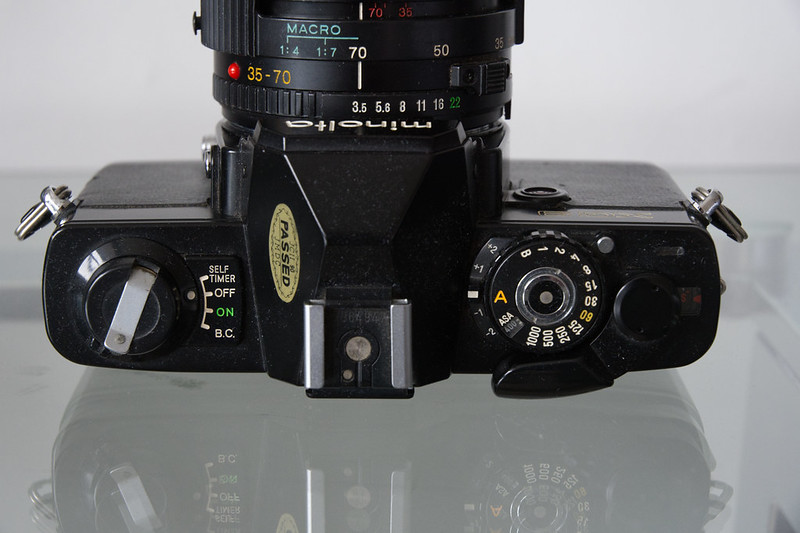 In the centre of the shutter speed dial is the shutter button. This has to be one of the most sensitive, requiring only the lightest of touches to actuate the meter and not much more to take a picture. Beware!

Just above the film wind on there is a small window which turns orange if the camera has been wound on. Nice feature, as I will sometimes wind on the film and then forget if I have or not.

In the image below you can see the lens release, cable release and aperture preview button. 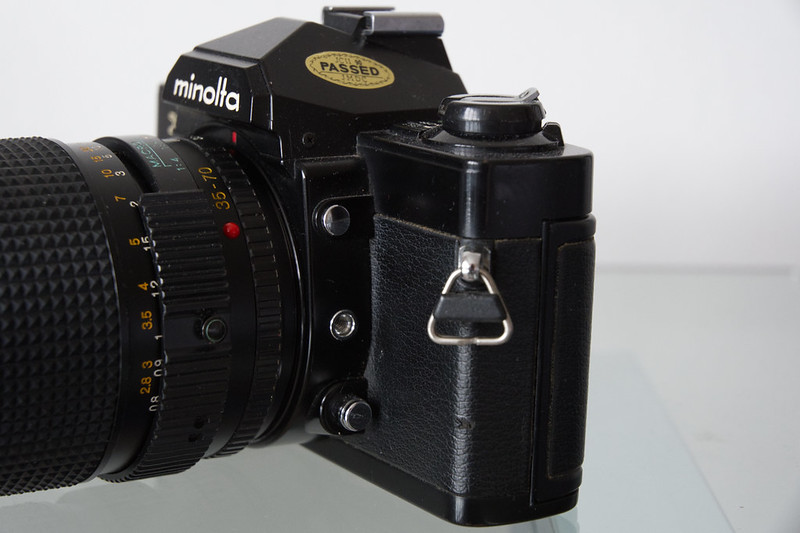 The red light on the otherside of the camera illuminiates iwhen using the battery test and self timer. 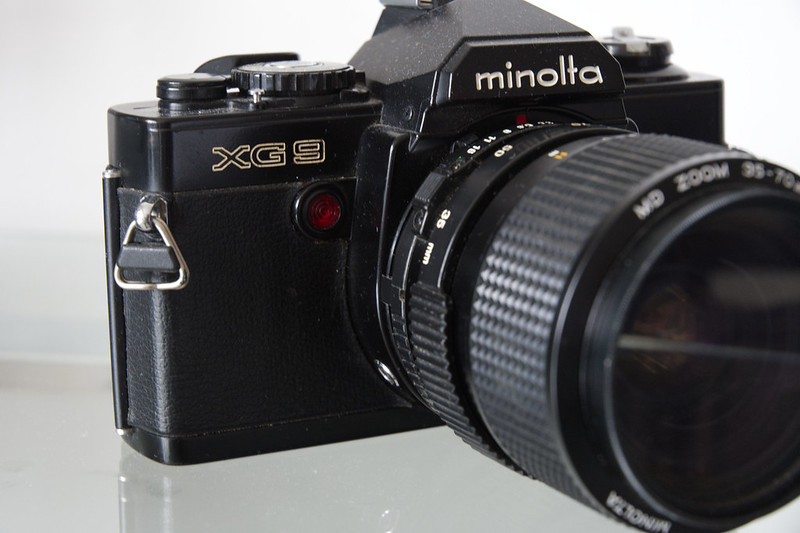 The Minolta can be used with a motor winder G. 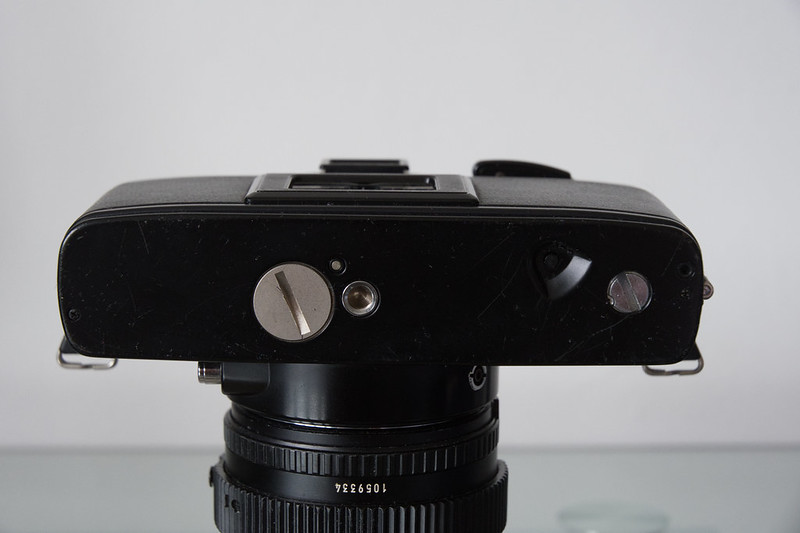 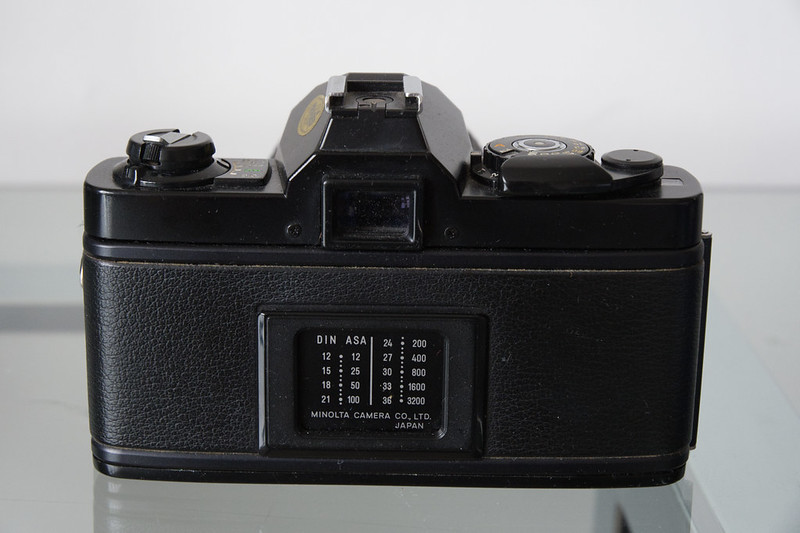 But what kind of images can we expect when using the XG-9? I fitted the Minolta MD 35-70mm f3.5 zoom and loaded some Rollei Retro 400s. 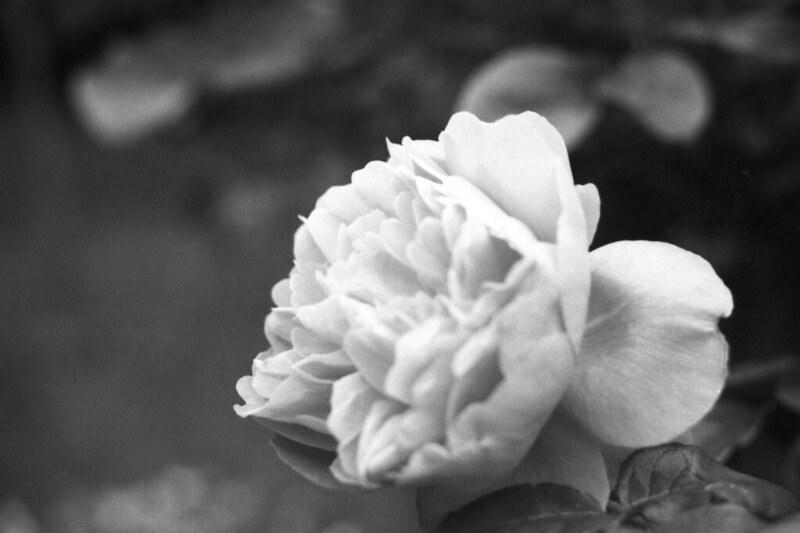 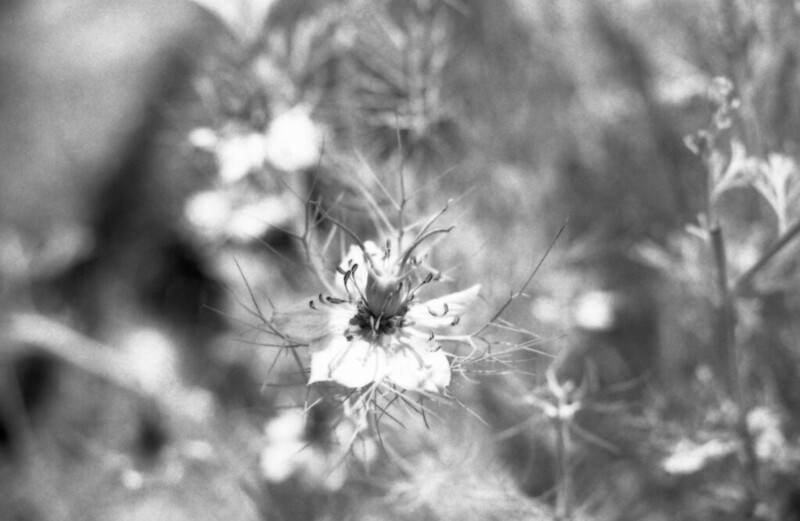 The next couple seemed a little too bright! 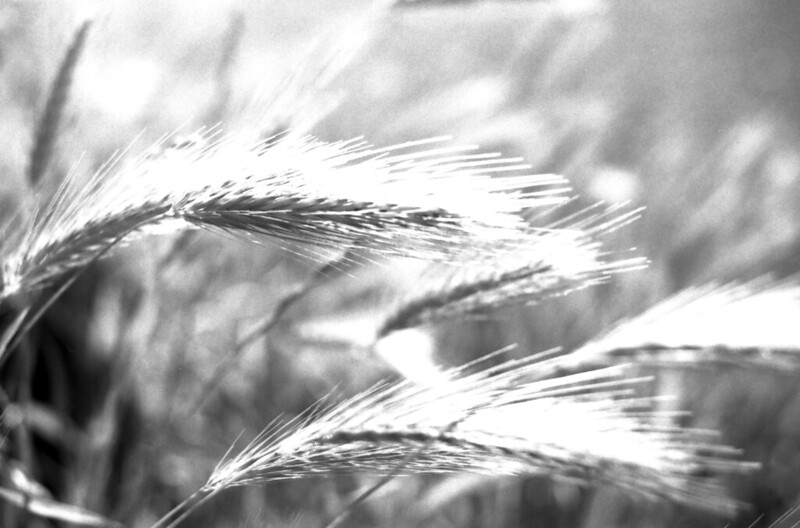 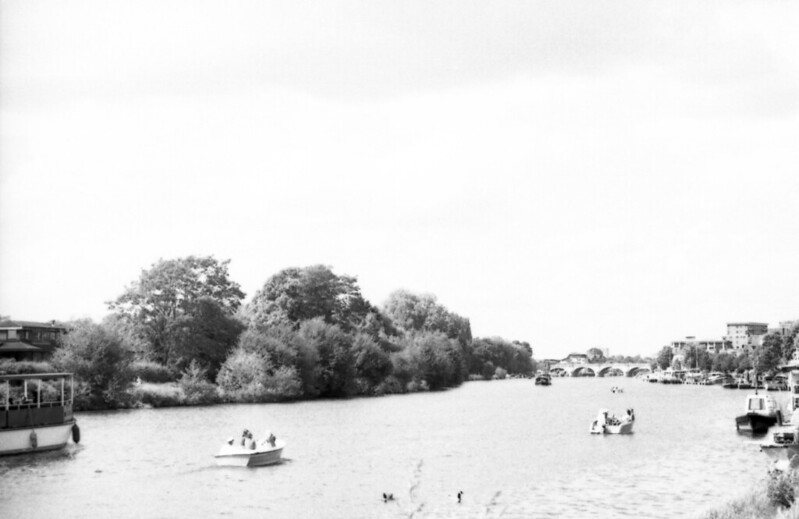 But then there were images that were really blown out. Nooooo. I couldn’t believe I had another bad Minolta! In fact it wasn’t the Minolta XG-9 that was at fault, rather the MD zoom lens 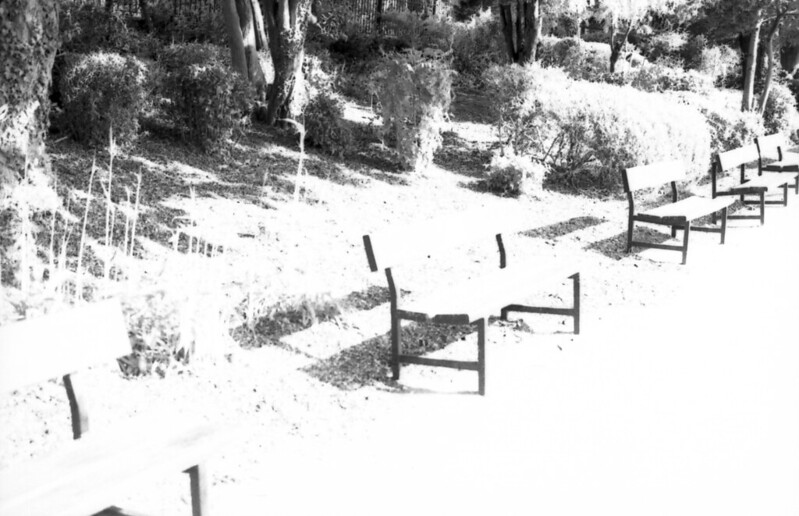 The image below shows the aperture at f22. That’s not right! The aperture doesn’t close down beyond f8. That explains why some image looked fine, they were correctly shot around f 5.6-8. However when I chose to use apertures above f 8 they were being overexposed due to the stuck aperture blades. Doh 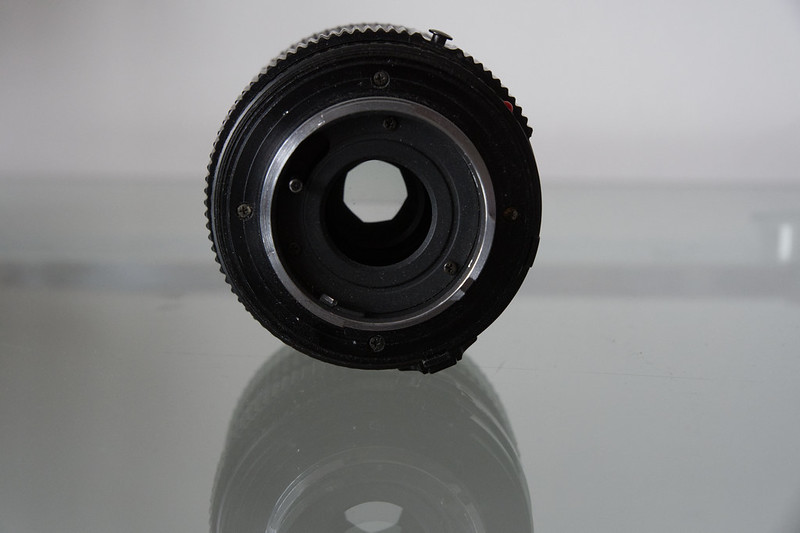 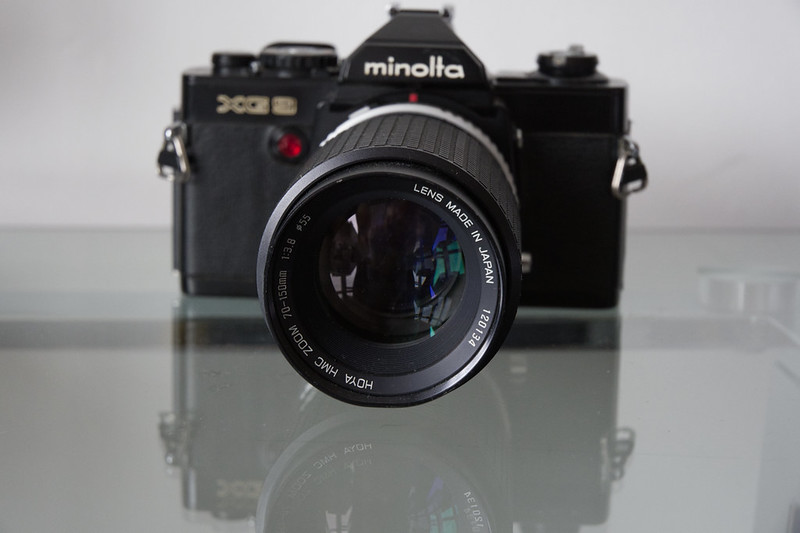 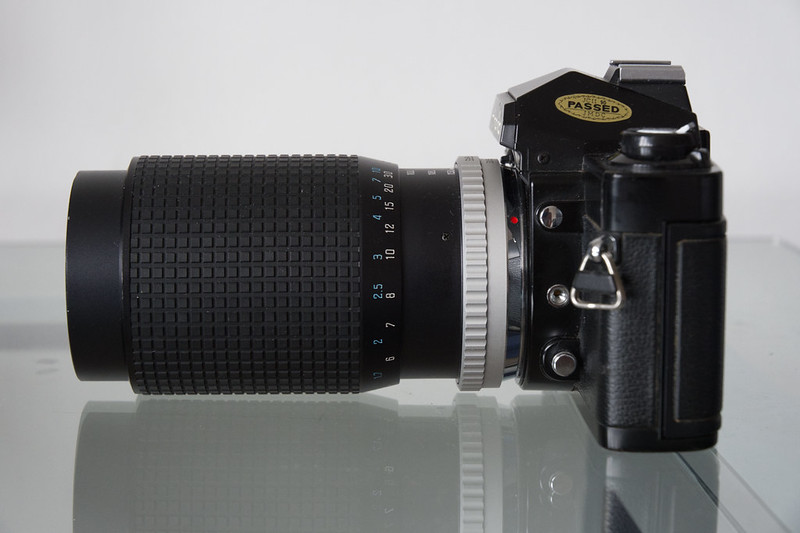 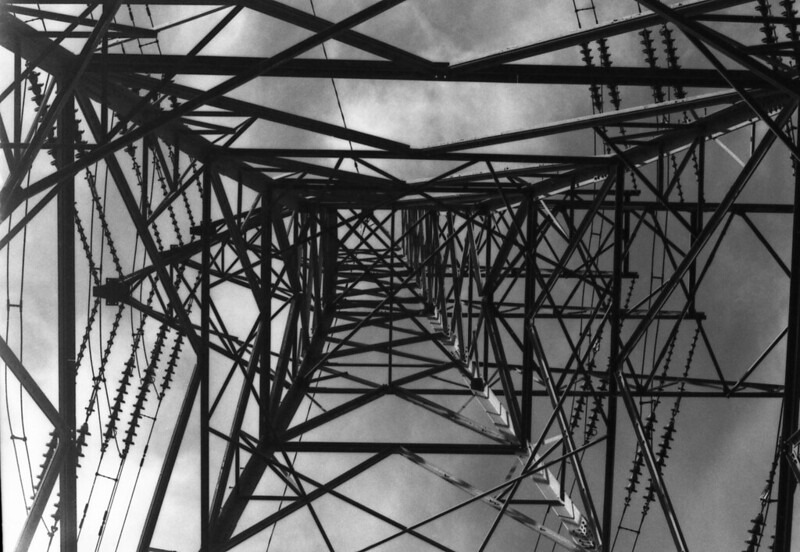 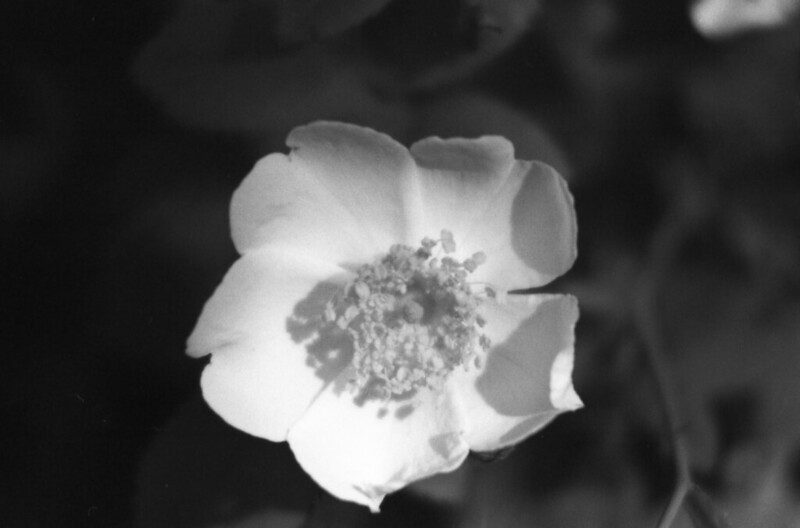 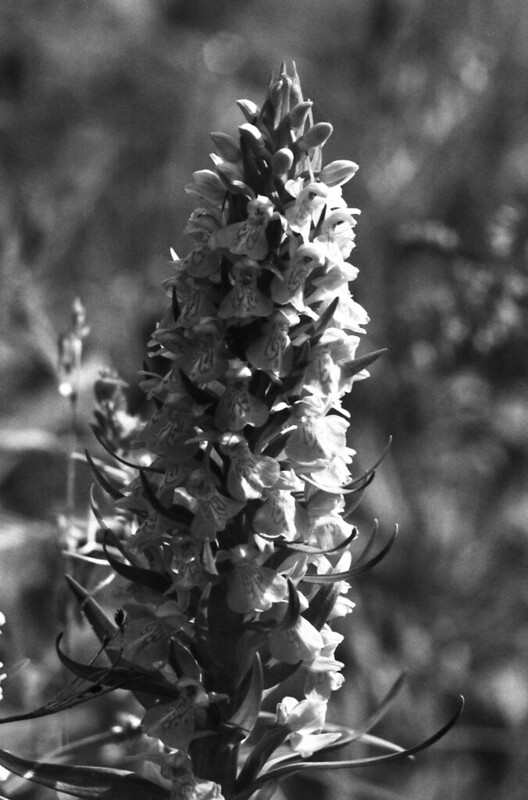 I used a set of extention tubes with the Hoya zoom and have to admit to being very pleased with the results. 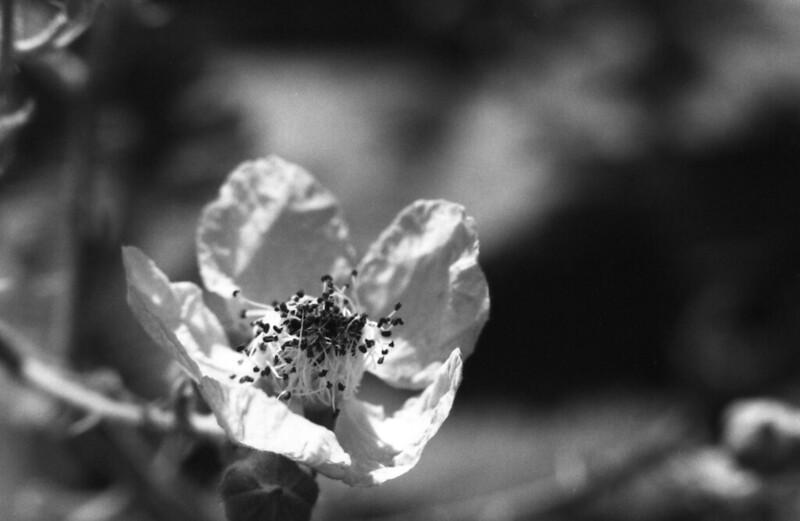 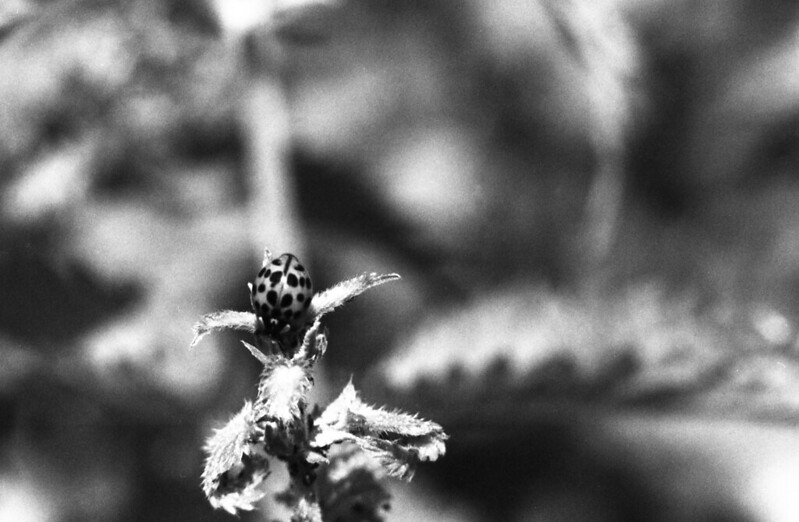 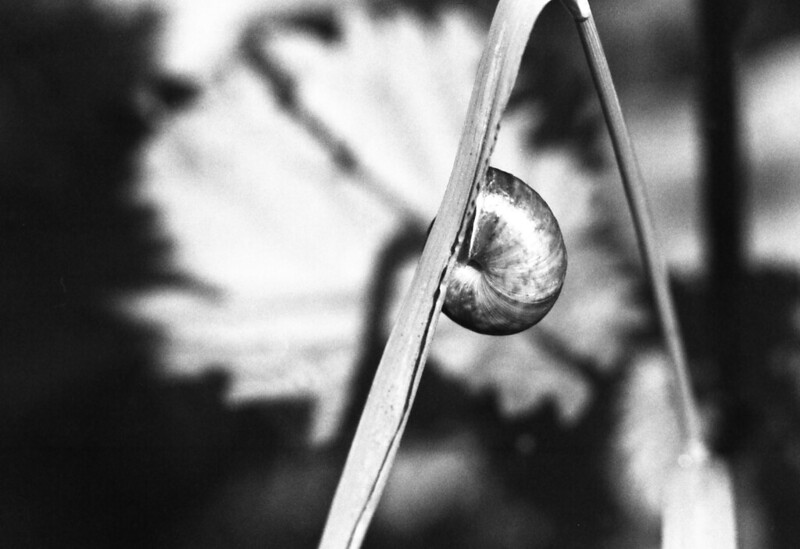 While the lens was performing well the metering in the XG-9 was doing its job really well in providing me with well exposed images. So well in fact that I only had to remove dust spot from the scanned images. Even with the tricky situation in the image below, the Minolta has done well. 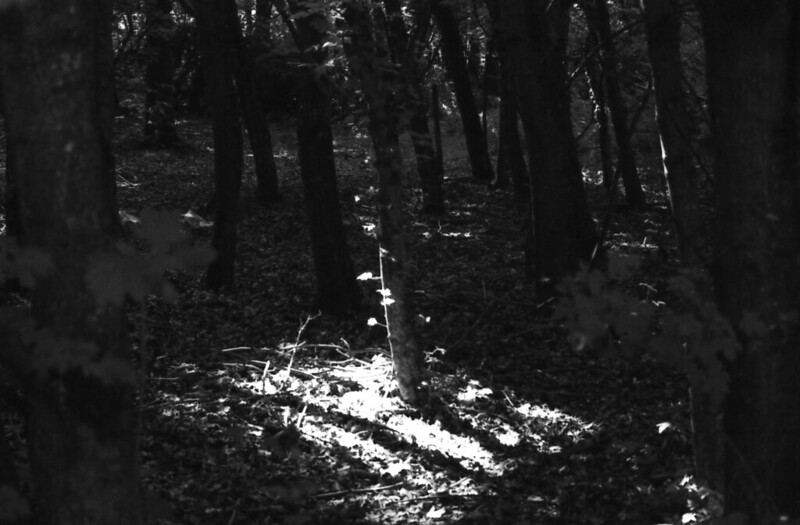 A little ICM in the image below. 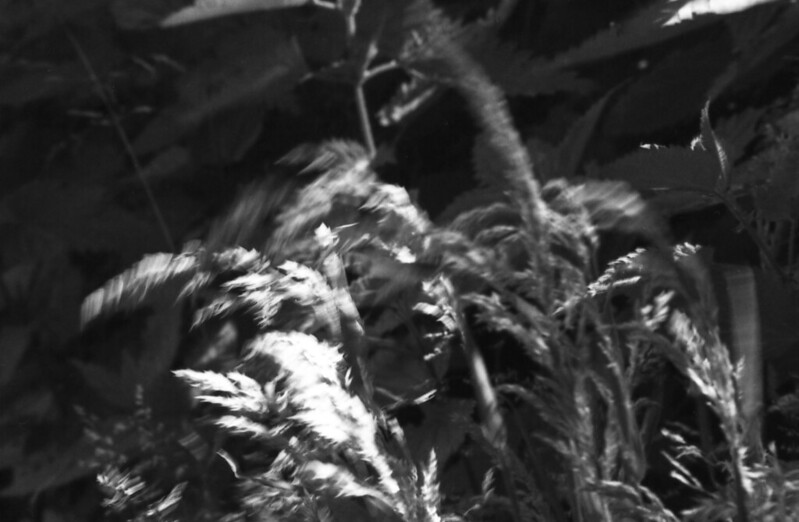 The Minolta XG-9 weighs 1lbs without a lens and 2lbs with the Hoya zoom. I found the camera really comfortable to hold, I mean really comfortable. It has the right amount of features in the right places to make this a really nice camera to use. To finally have a Minolta XG camera that works and produces really well exposed images makes me really pleased. This is a keeper without a doubt. If you don’t have one…get one! Now!

I have a Minolta 50mm f1.7 lens that really needs to be tested with this camera, sooo untill the next time.