This is only the second rangefinder camera I have tried so far during my return to film. The last, here, left me feeling disappointed but determined to try again. So here I am trying again, this time with the 1950’s Balda Baldinette. 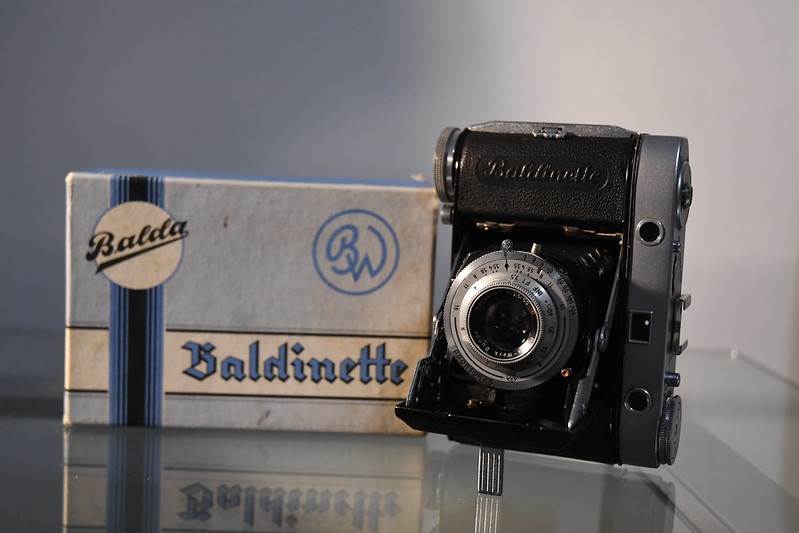 This was given to me by a client. He and I often talked about photography and home developing. During his reminiscing’s he spoke of this camera as his first ’proper’ camera. He even kept the receipt which in itself is a window into history. You will notice that in 1953 the camera cost 24 pounds sterling, 12 shillings and 6 pence. Add a case and a roll of Ilford HP3 and you have a final bill of 27 Pounds 16 shillings and thrupence ( three old pence). In 1953 the average wage in the UK was just over 9 pounds. So this camera could have cost the best part of a months worth of wages! Was it worth it? The original owner thought so. How does it perform 68 years later?

But why is there a tuppence (two old pence) stamp on the reciept? It’s stamp duty, a form of tax imposed by the British government at the time. 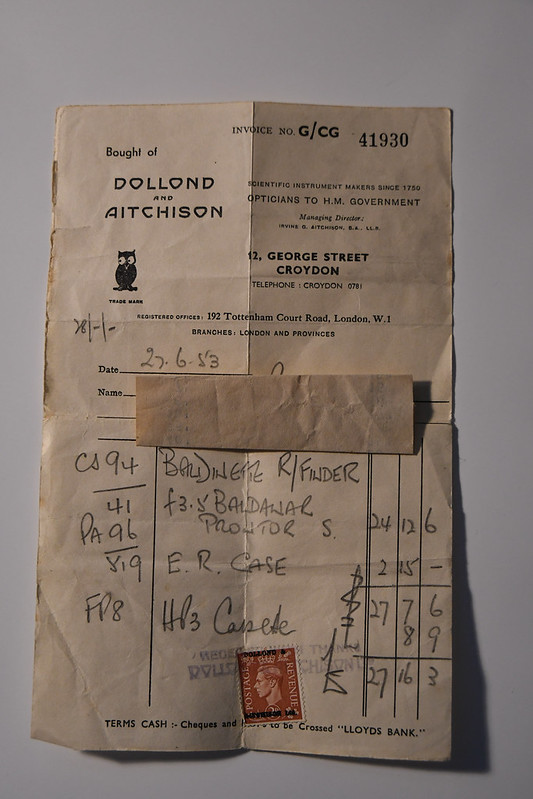 Included was the small manual outlining the camera’s operation. 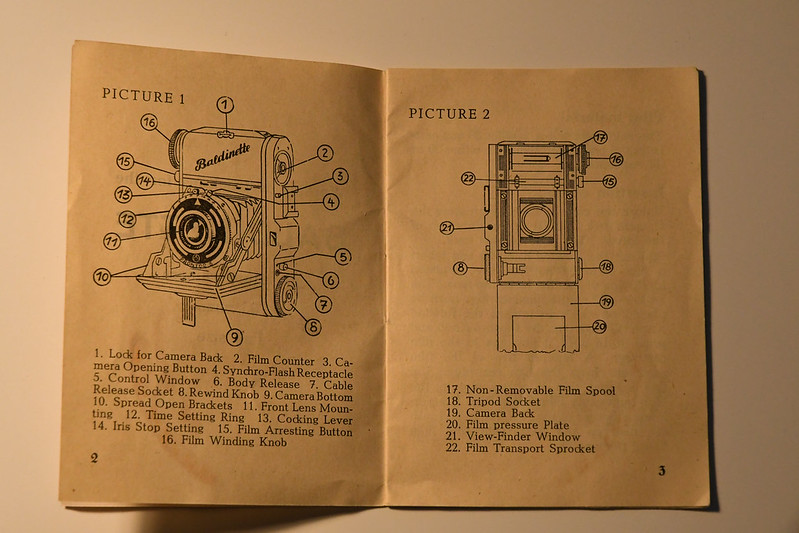 Below is the modest Baldanar 50mm f 3.5 lens. The outer collar controls the shutter speed which spans 300 to bulb. Once the shutter is actuated, although you can engage the shutter again, the Film Arresting Button (which we’ll come onto in a moment) has to be pressed to either advance the film or take a double exposure.

The depth of focus scale next on the lens was incredibly useful. Although there is an included rangefinder built into the camera I found it unusable. So I resorted to using the depth of focus scale, setting my subject distance between the two figures that corresponded with my chosen aperture. So in the image below if my aperture was 3.5 then there would be a very tight focus area around 3.5 feet. That’s the theory anyway. 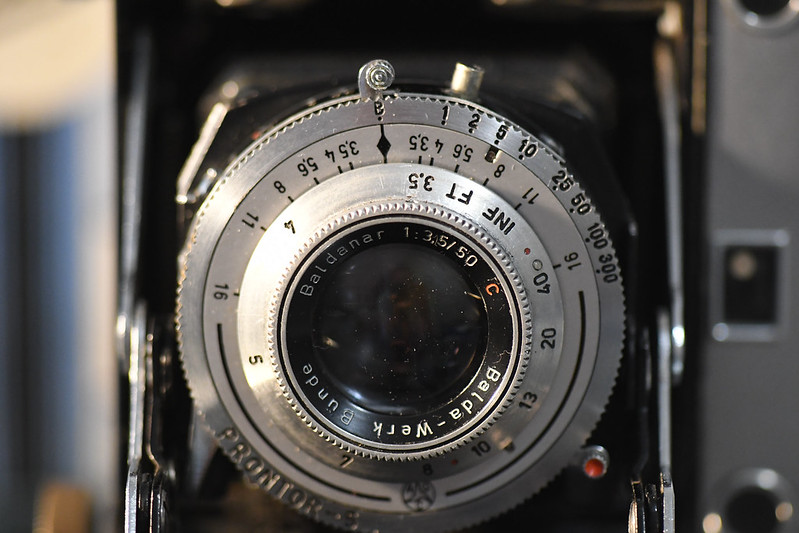 The aperture control sits between the lens and bellows. 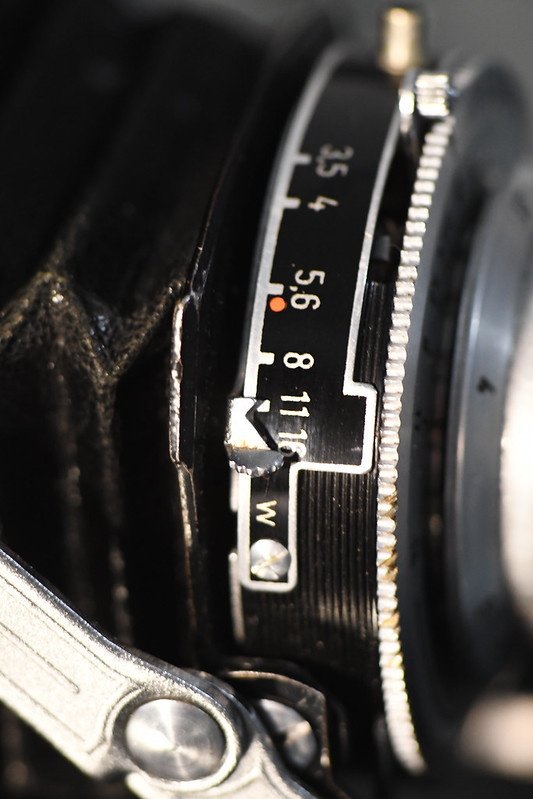 The reasonably laid out top plate of the camera. The pin-shaped hole to the left of the cold shoe mount would turn red when the film needs advancing. 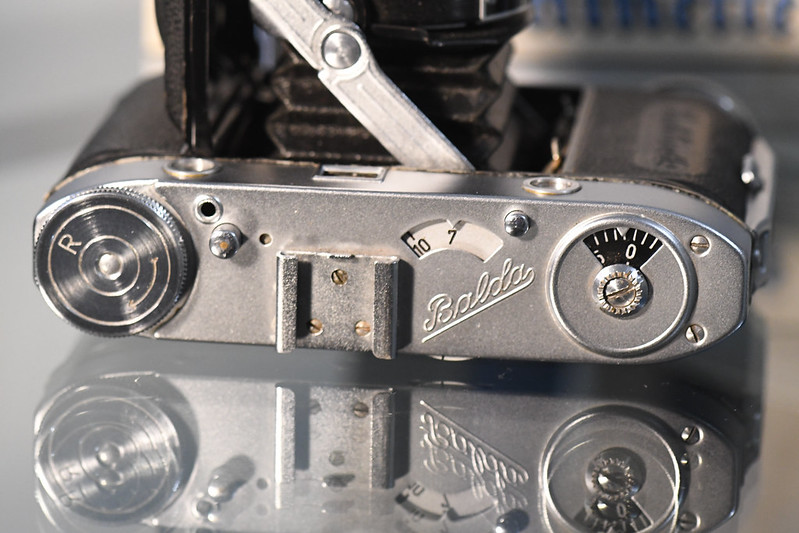 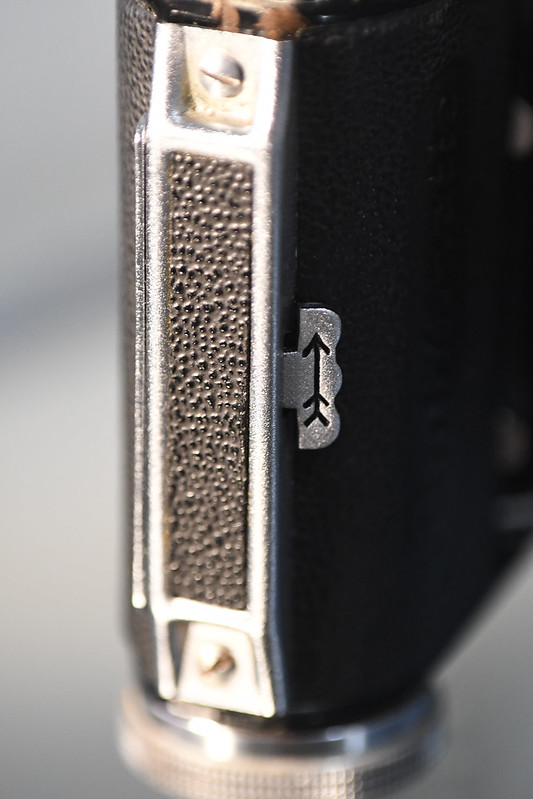 Film chamber. Notice the bespoke made brass screw cover for the tripod socket on the bottom left in the image below, made by the previous owner. You can also see the film arresting button on the right that you need to press to wind the film onto the next frame and acctuate the shutter mechanism. 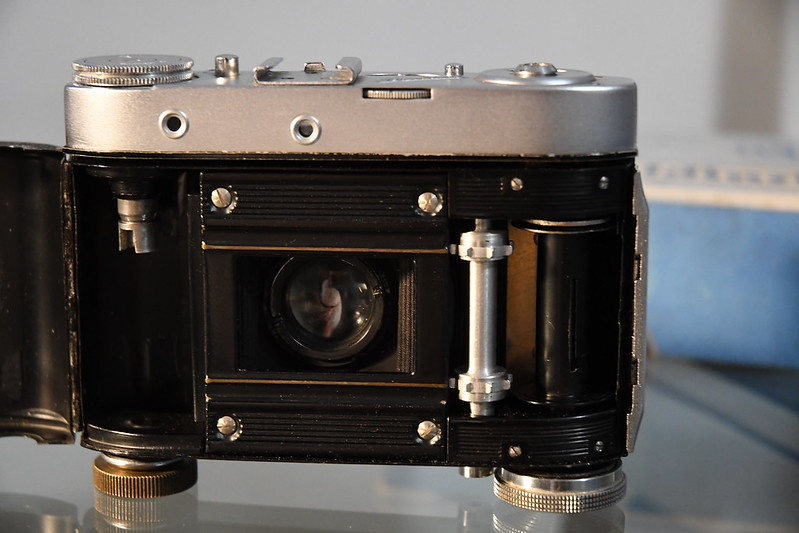 Because there is no exposure meter you can resort to using a hand held light meter or if confident use the ‘sunny16’ rule. Another alternative is to use the exposure table printed on the back of the camera. I love the idea that someone went out at the different times and the various locations mentioned on the table, took light meter readings around f5.6, and produced this detailed table. 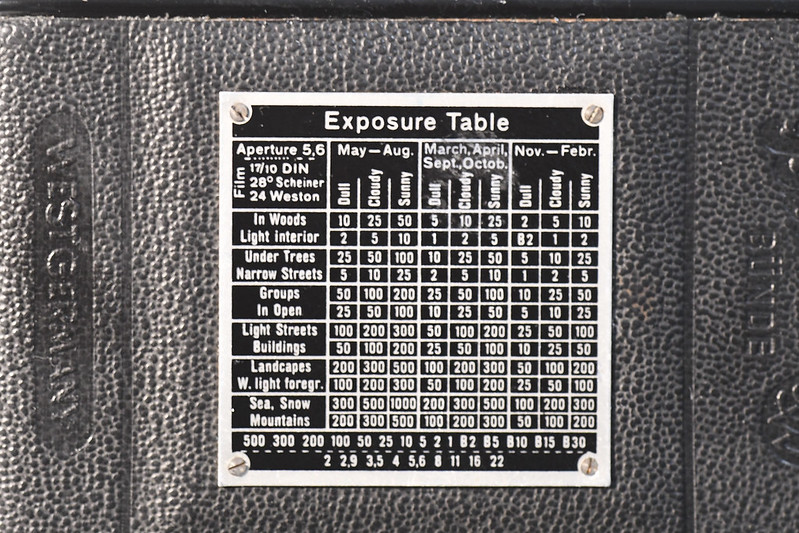 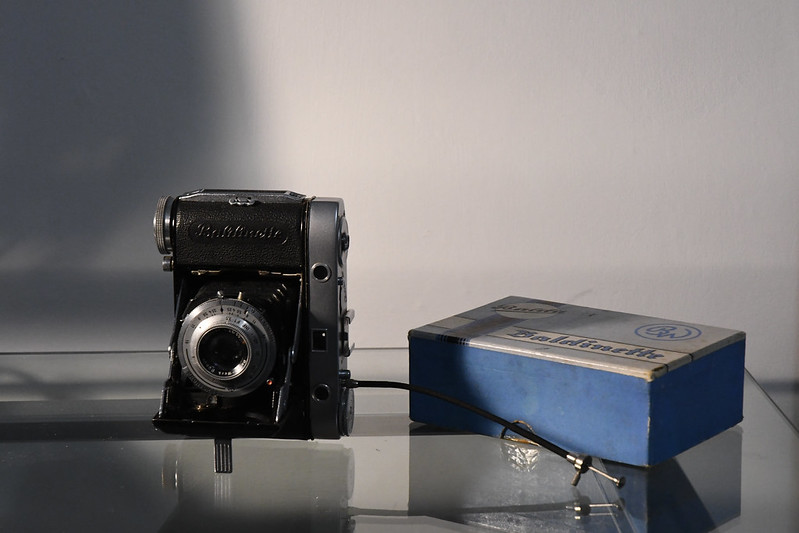 The camera weights 1lb and sits in the palm of a hand. It wouldn’t fit into a trouser pocket but I did find it sat in a jacket pocket. 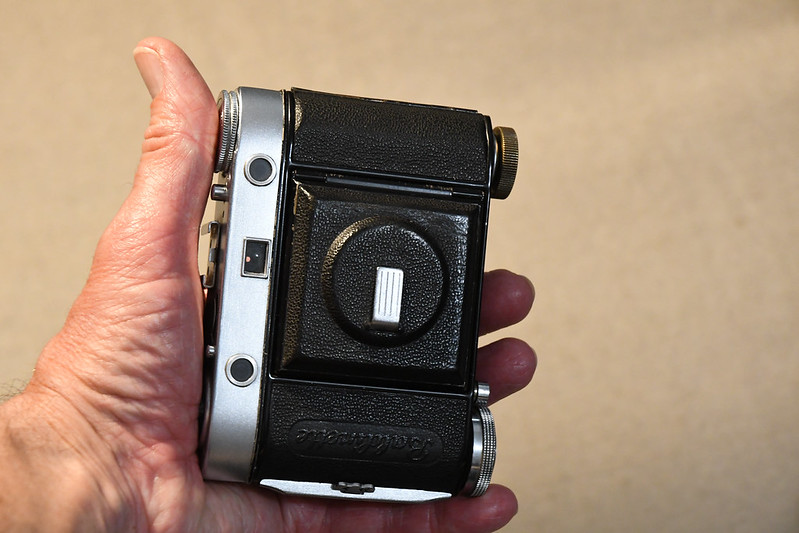 So how did I get on this time? 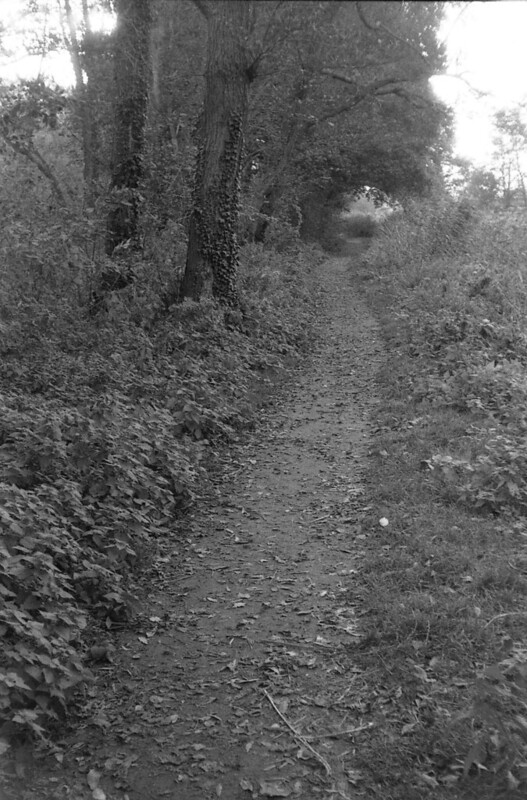 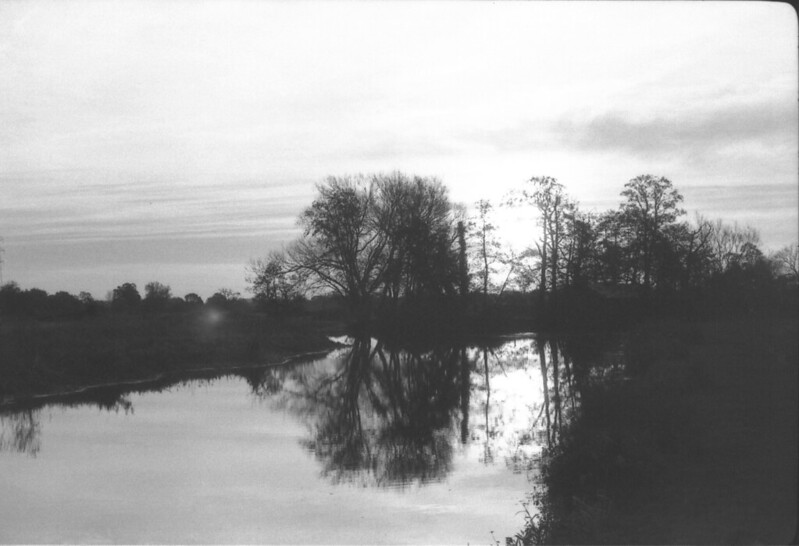 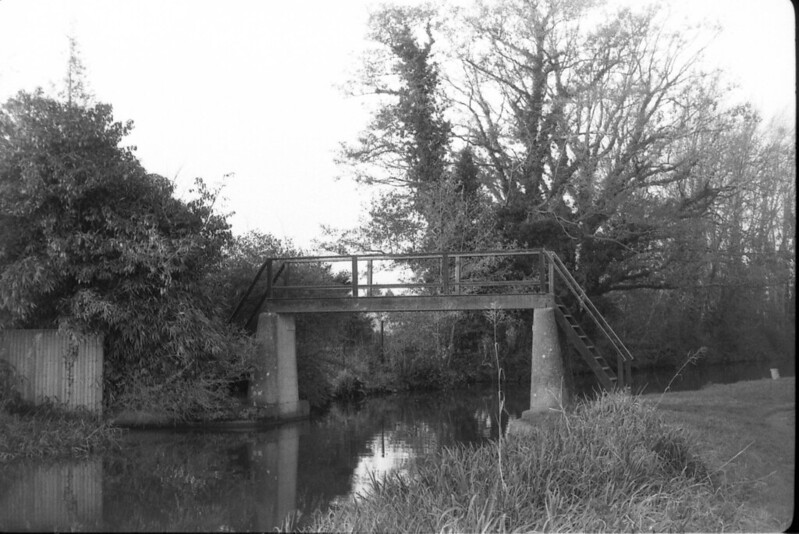 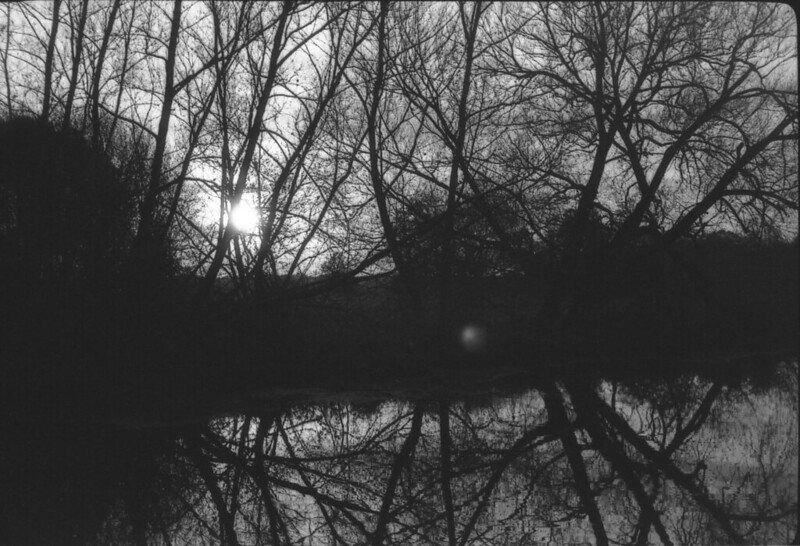 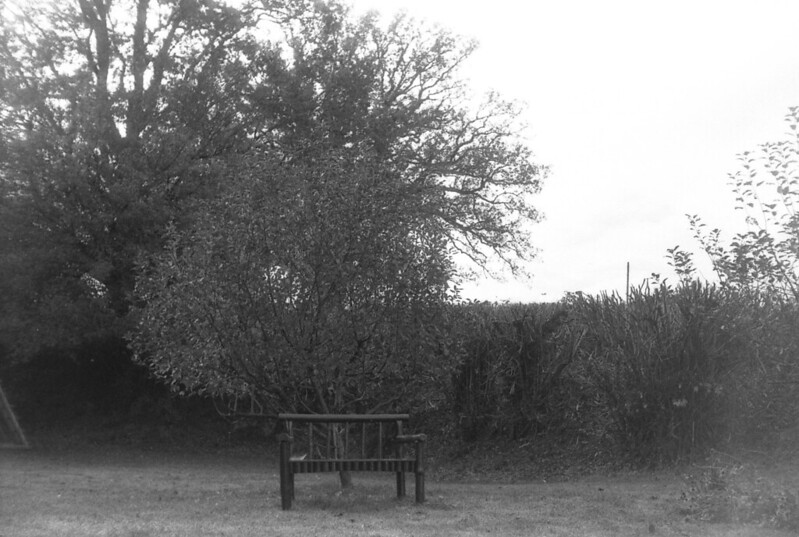 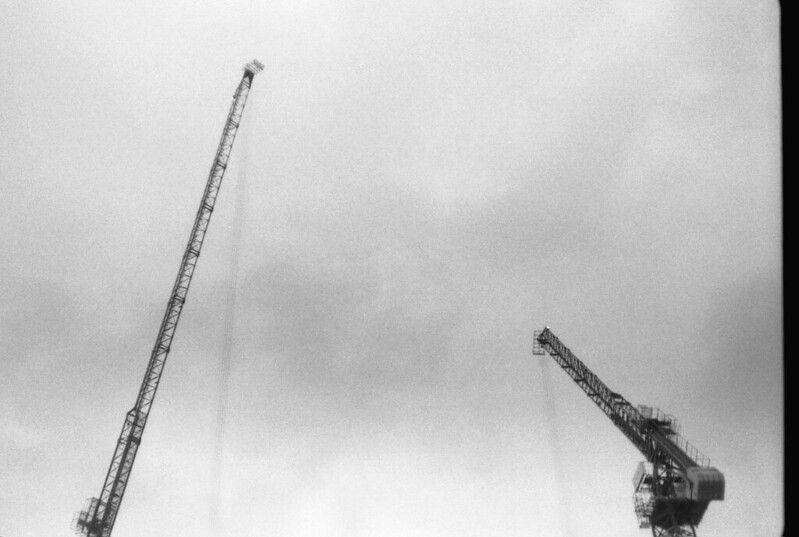 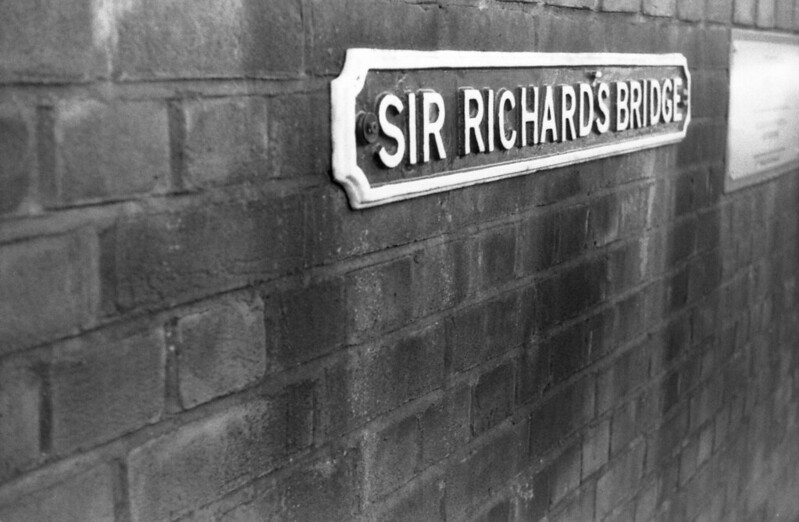 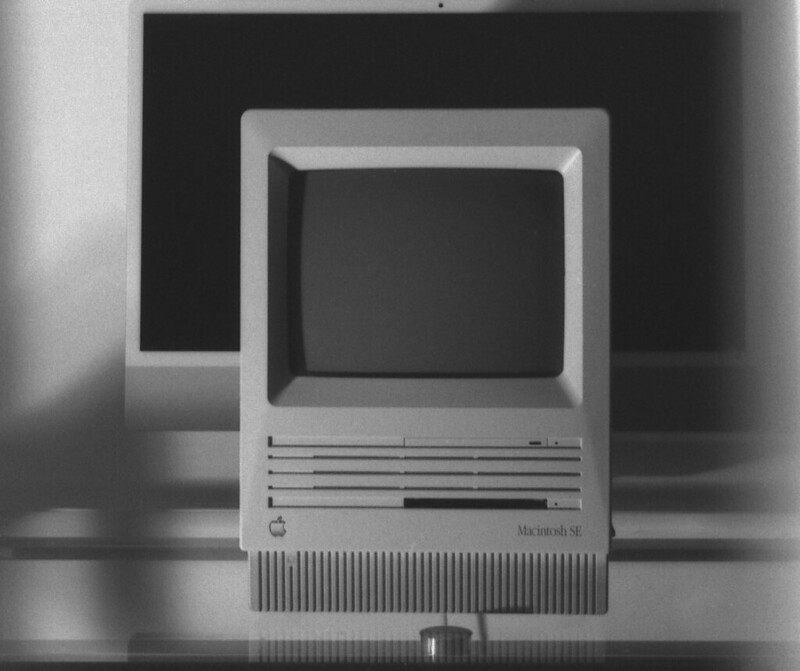 I have to say I’m really impressed with how sharp the images are! I’m not sure if my previous experience, mentioned at the start, made me more deliberate with using the camera but it seems to have made a difference. It has renewed my confidence in using this type of camera. I wasn’t sure if this would be just a ‘point and shoot’ experience or a more enging one. I can say it was definitely the latter😊