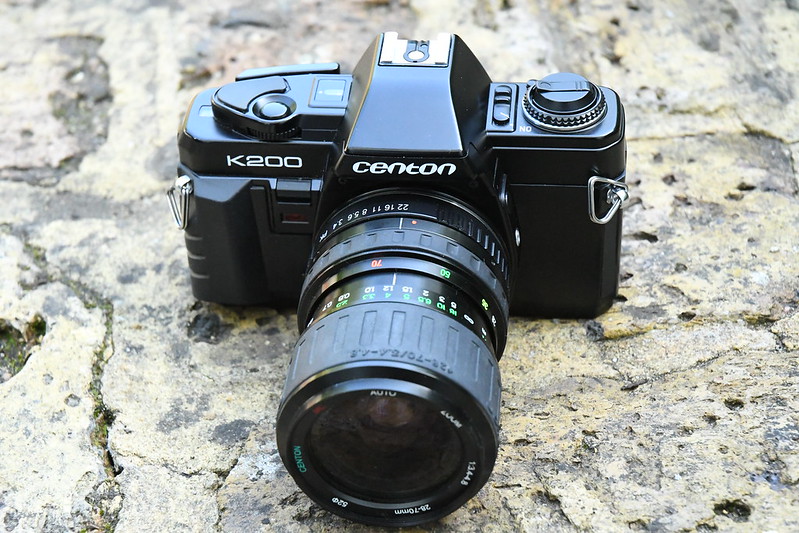 The Centon K200 is a rather ordinary looking Aperture Priority camera. I can’t find an exact date for the camera or anything else about the camera brand, except that it was used by the UK company Jessops for it’s in house product range. What I can say is that it relies very heavily on plastic for it’s construction and as a result is very light. The grip on the front as well as the back are well placed and help make the camera enjoyable to hold. It requires two LR44 batteries to power all functions on the camera. The light meter is a simple traffic light affair, with a green LED indicating proper exposure. Shutter speeds range from bulb to 1000th sec and a flash sync speed of an uninspiring 60th sec. 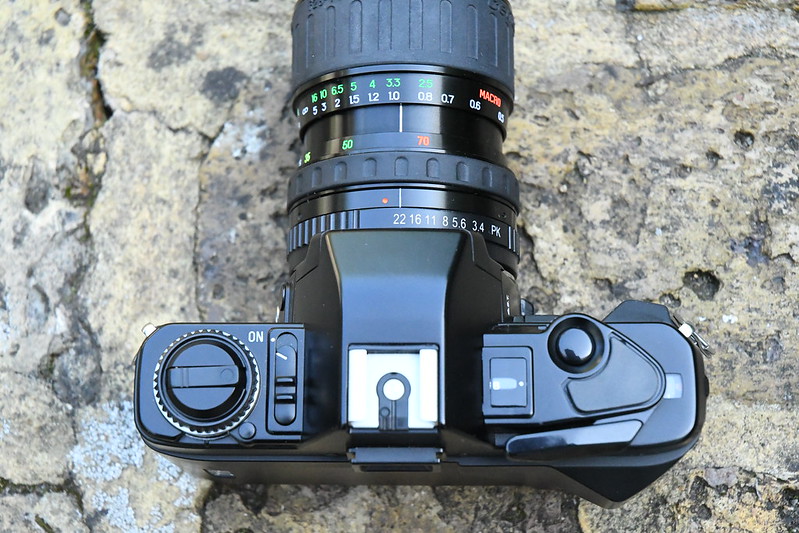 On the top plate we have an On switch to the left along with a film speed dial under the rewind. On the right we have a film advance, shutter speeds being selected by finger wheel under the shutter release. You may be forgiven for thinking that the layout seems familiar. Perhaps the Minolta X300, pictured below, reveals the inspiration for the Centon K200. 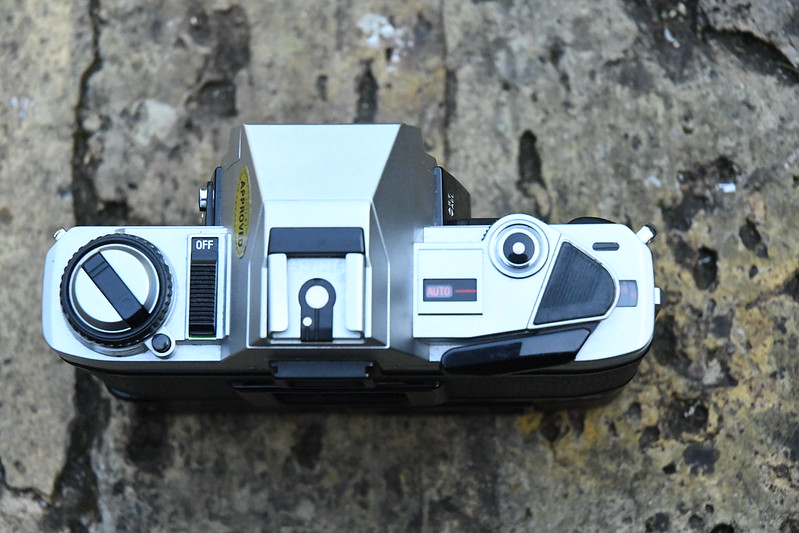 While it may not be in the same class of construction as the Minolta, I thought it worth trying. The K200 has a Pentax K mount. However I fitted the only Centon brand lens I have, a 28-70mm f 3.4-4.8 zoom, and went out with high hopes. 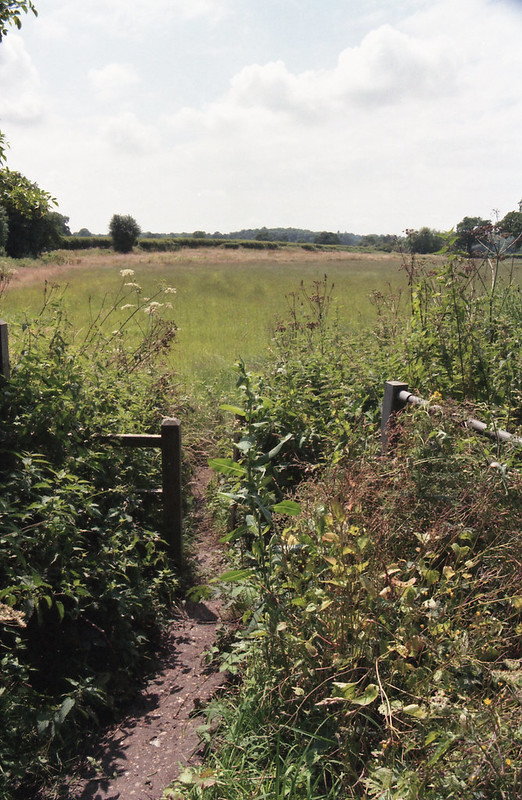 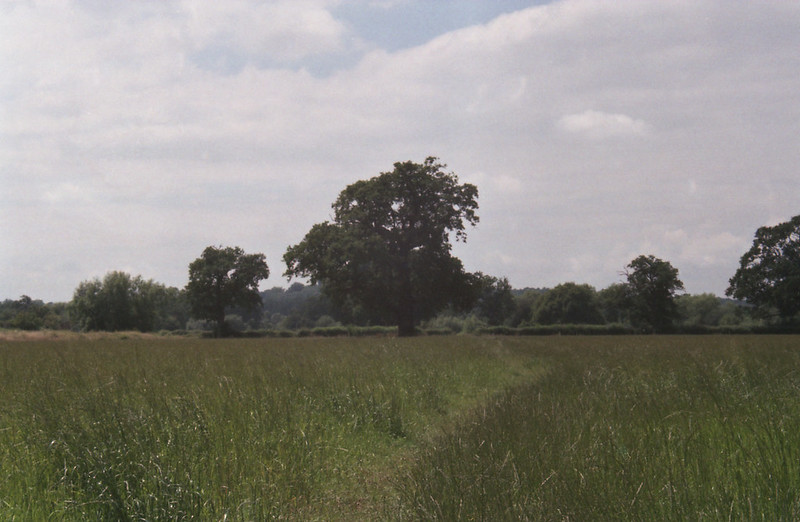 The working light meter, a centre-weighted averaging version, has done a pretty good job in rendering a balanced exposure on what was a bright day. 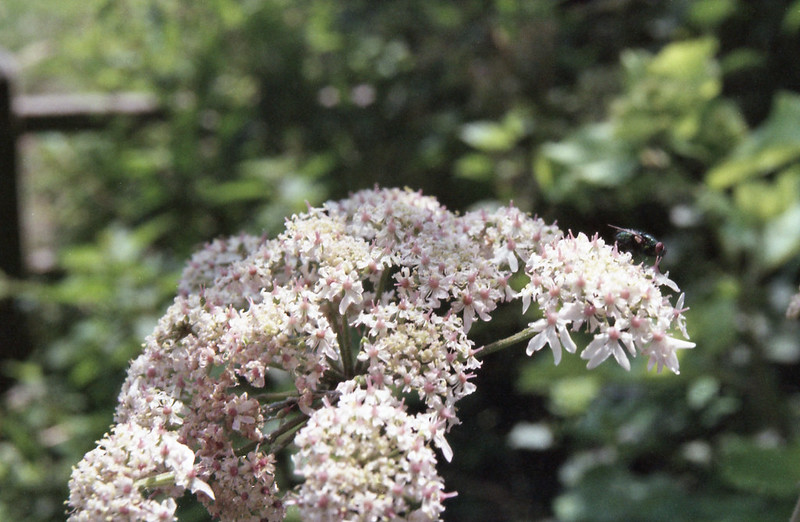 On reviewing the developed and scanned negatives, the Centon zoom was a little on the soft side for my liking. However with a little high pass sharpening things looked reasonable. 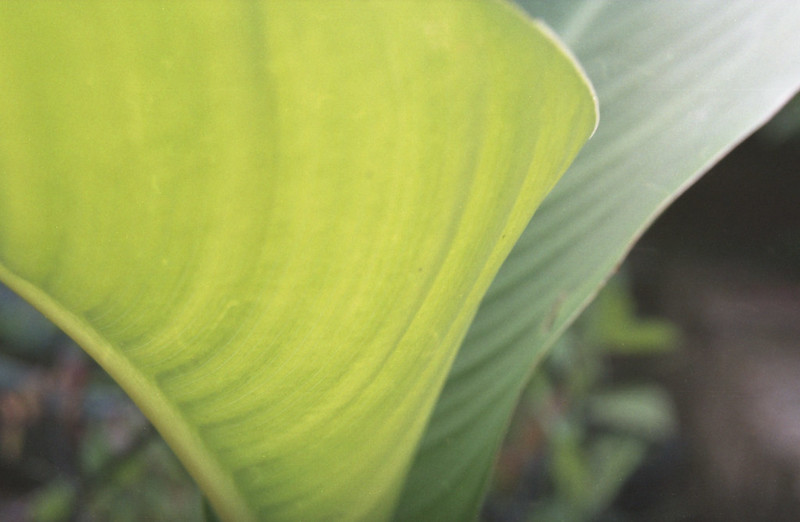 Having created only 5 images I was beginning to warm to it and I was having a good time with K200. But then things dramatically changed. You may notice in the final image I took with the K200, below, a dark band on the bottom edge. Directly after taking this image I was unable to wind the camera on. Not only that but I could hardly see out the viewfinder. 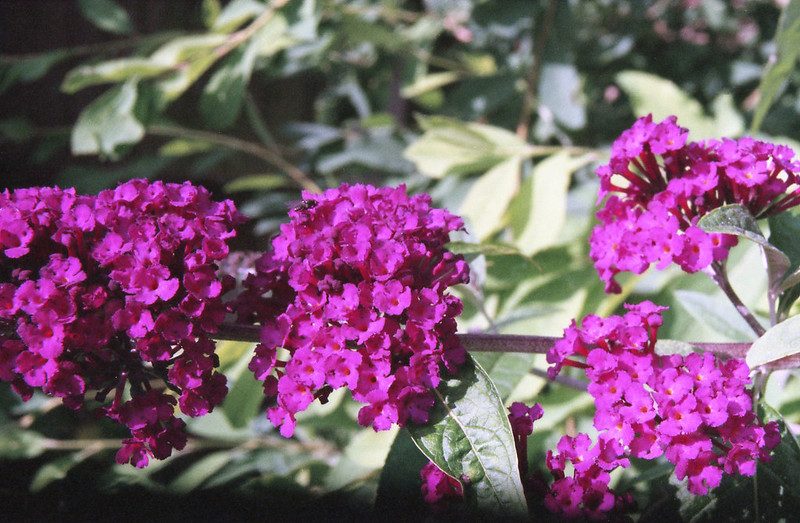 Removing the lens revealed a major problem as can be seen in the image below. The mirror had not returned to its proper place. As I moved the camera around to have a look I could hear the sound of something moving around. My heart sank. 😦 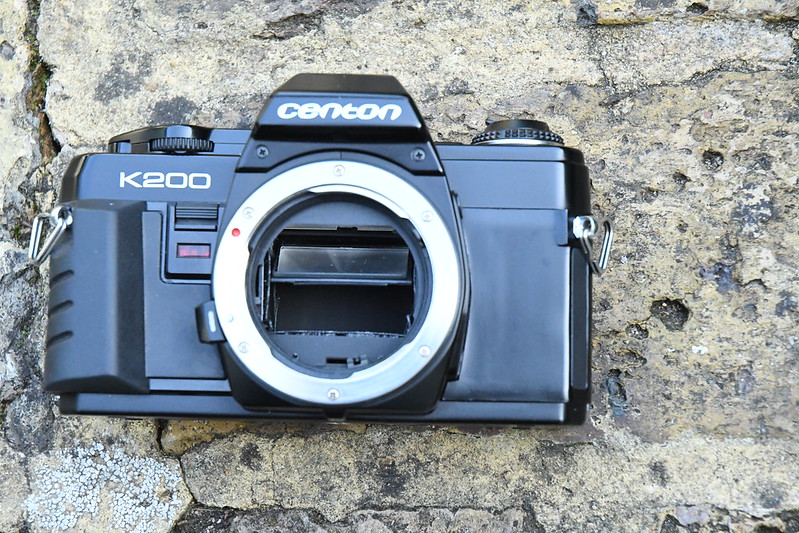 Going inside the house and tipping the camera, released this small piece of plastic! But where had it come from? There was only one course of action, so I rewound the film and took it out. Initially it wasn’t obvious what had happened. Until… 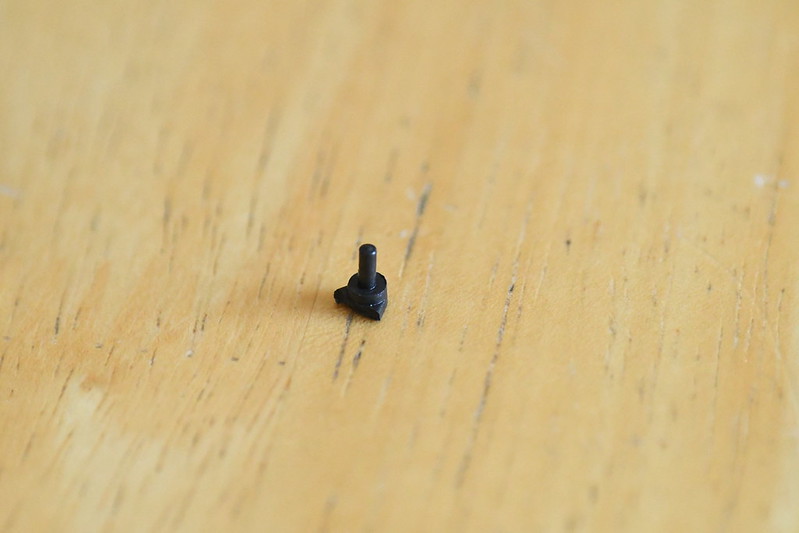 Very carefully pushing the loose mirror up to the roof of the camera I could see where the small piece of plastic had originated from. It was part of the ‘hinge’ that fits into the mirror mechanism, without which the mirror cannot move. I mentioned at the beginning how heavily the camera relied on plastic but this is ridiculous for such an important moving part! But then my mind turned to my non working Pentax MZ 5n, dormant because of a worn plastic drive gear. Maybe not so unusual then. 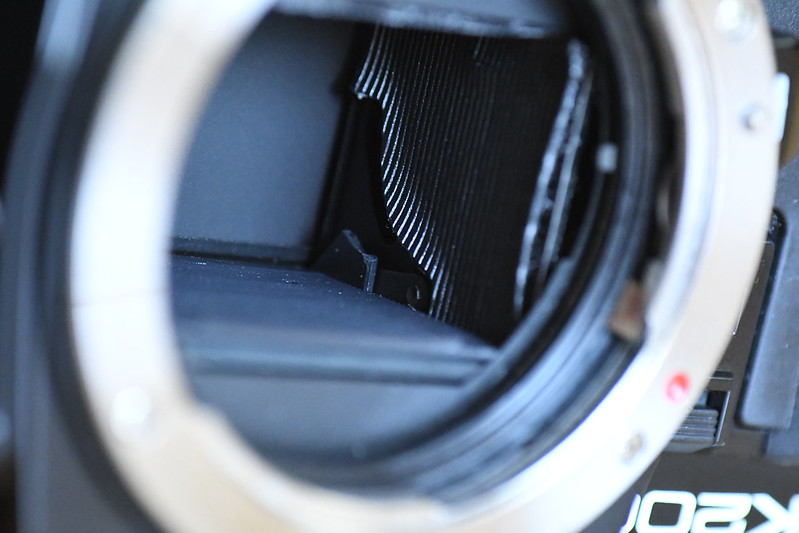 Not one to give up I will try to mend the camera by gluing the piece of plastic back in place. How successful I’ll be time will tell.

This was all very inconvenient as I was about to go out for an evening walk with the family. Since I was in a Centon state of mind I decided to try the only other Centon camera that I have, the K100 pictured below. 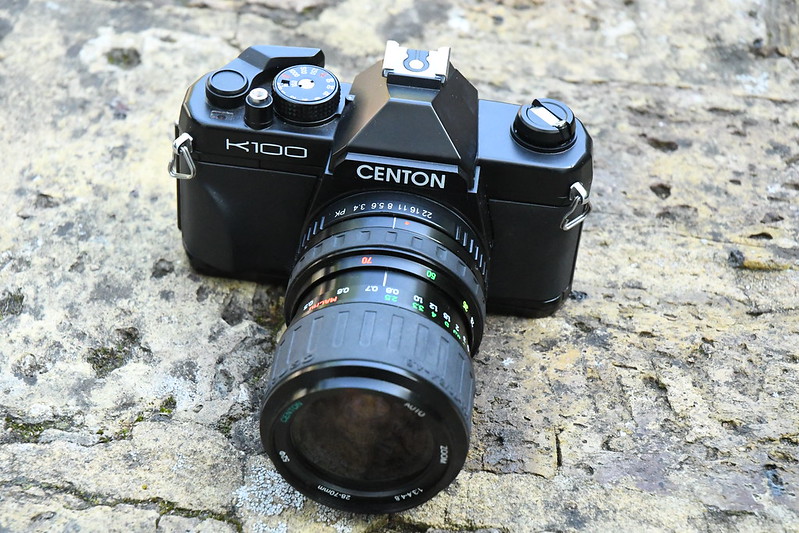 In terms of features what I’ve already said about the K200 apply to the K100 hence the reason I thought I would include it in the same post. The top plate layout is usual for the 1980’s although the camera seems to herald from the 1990’s. The light meter system consists of a red + and – with a green correct exposure LED. Mine worked when I first placed the two LR44 batteries in but after a couple of shutter actuations stopped working so I had to use the faithful Light Master III light meter. 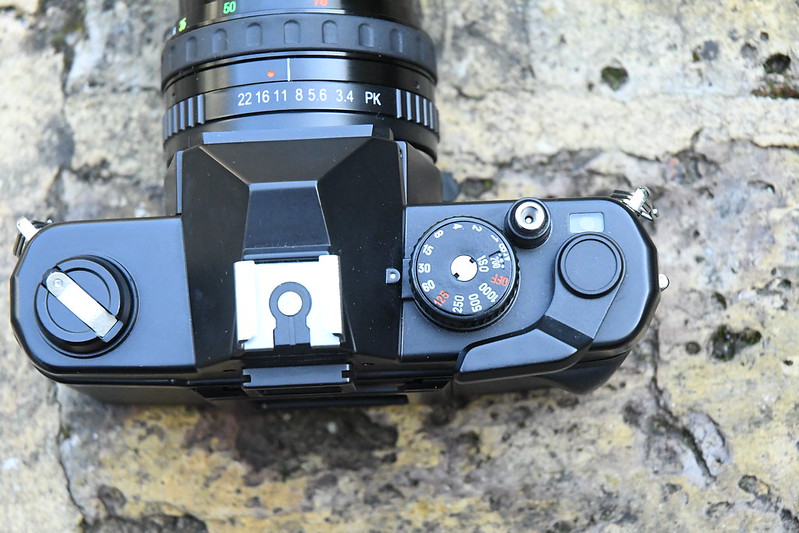 The camera has some plastic covering which gives it more substance and actually makes it more comfortable to hold than the K200. It also has a manual shutter of approximately 100th sec that the K200 does not have.

More importantly, in view of my experience with the K200, the K100 had some metal looking parts holding the mirror in place.:) 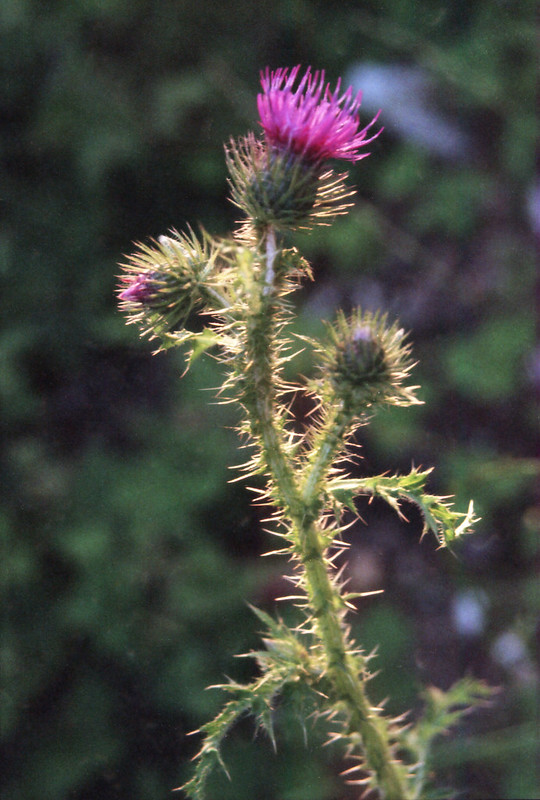 Look at that bokeh:) 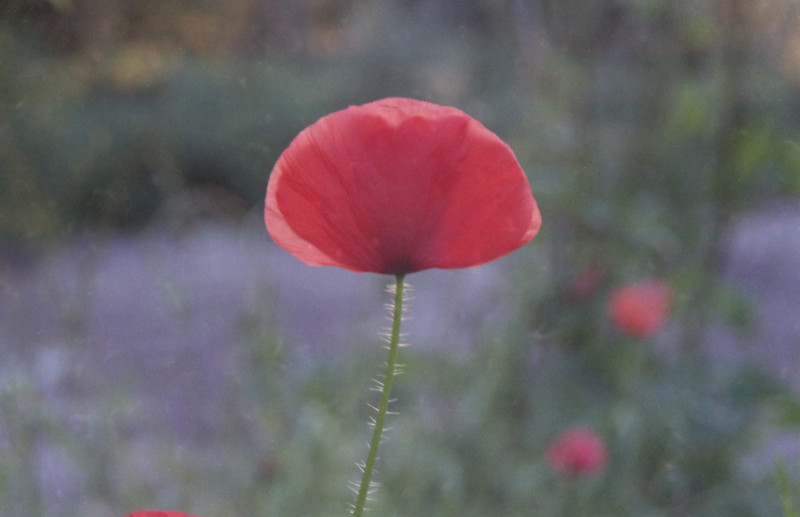 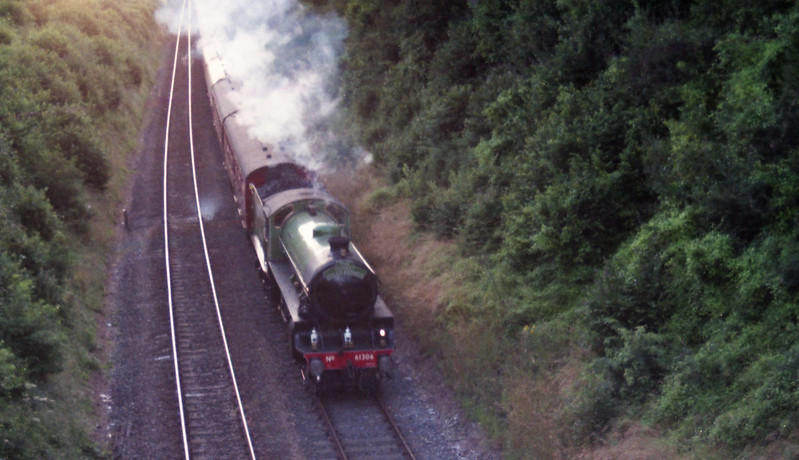 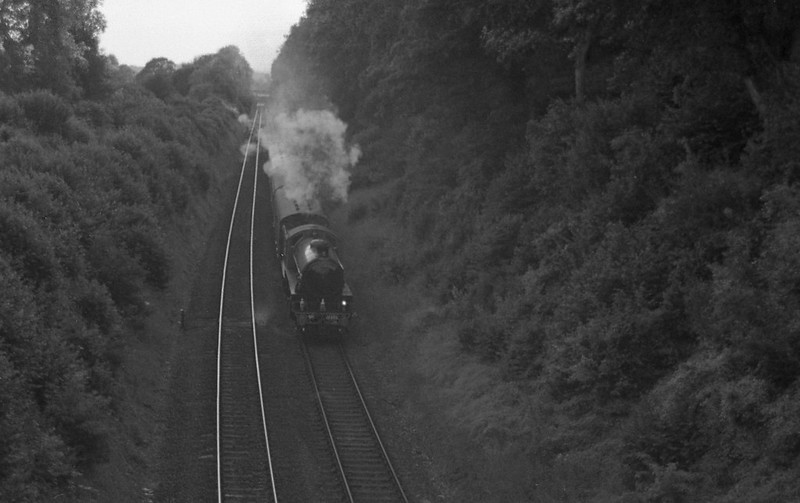 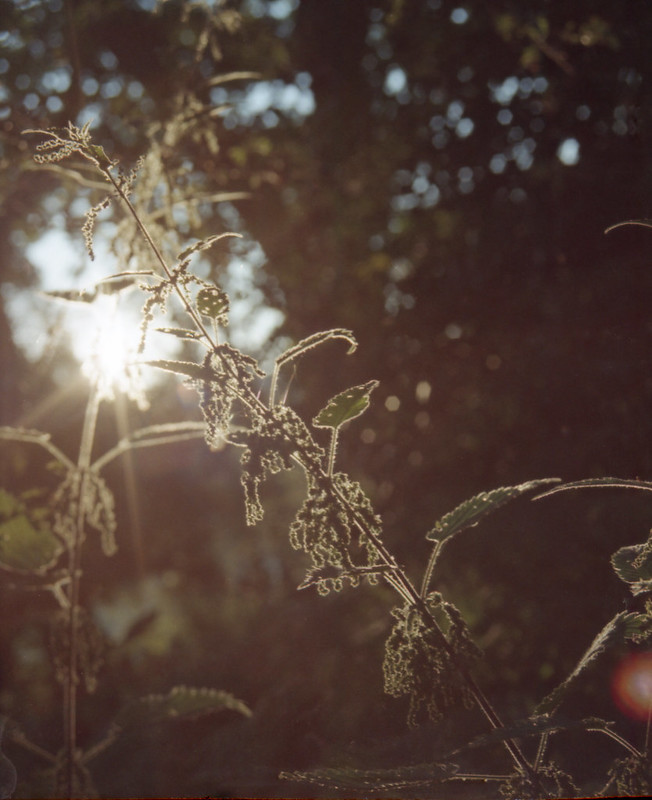 Clearly the light was bouncing around the lens and produced the ‘hot spot in the image above and this rather wacky but interesting effect in the image below. 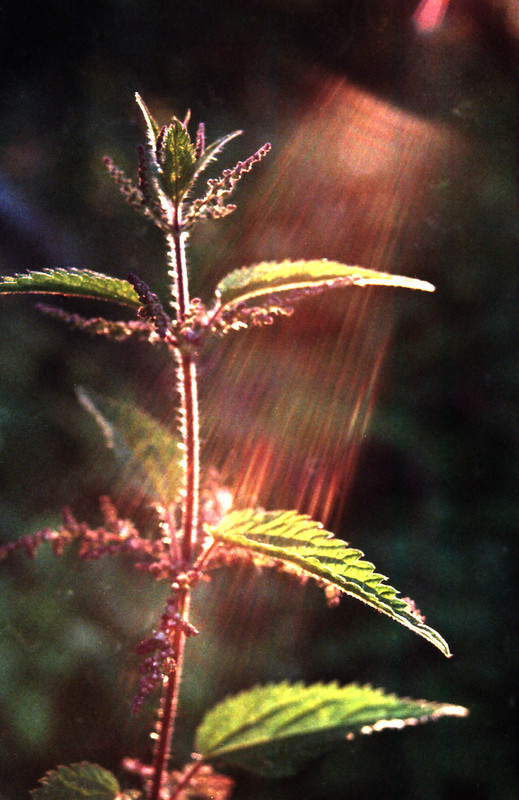 I’ve never had a camera’s mirror break on me like it did with K200. As I’ve said I’m keen to try to repair what may be a mediocre camera and give it a proper try. The K100 light meter too is on my list of cameras to repair.

While the zoom lens is a little soft it has some unpredictable but interesting qualities that make it a keeper.